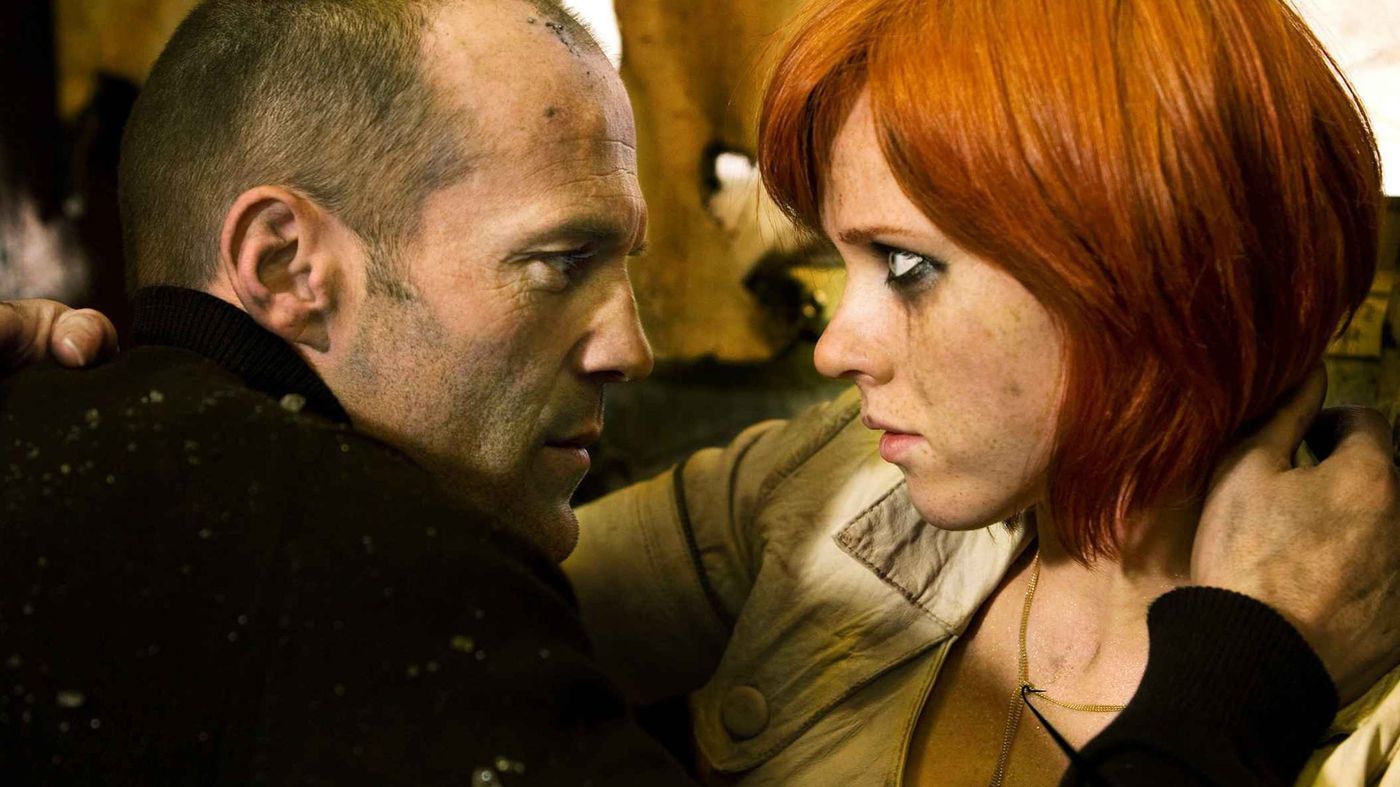 FRANK MARTIN PUTS HIS DRIVING GLOVES ON TO DELIVER VALENTINA, THE KIDNAPPED DAUGHTER OF A UKRAINIAN GOVERNMENT OFFICIAL, FROM MARSEILLES TO ODESSA.

LOCATIONS:
ODESSA AND PARTLY BUDAPEST SCENES WERE SHOT IN ODESSA.

Psb films is a full-service production company based in kiev, ukraine. We specialize in the production of tv commercials, feature films and music videos.

We provide a production services in ukraine, georgia, moldova, belarus, kazakhstan, lithuania, latvia, estionia, armenia and azerbadijan. There are many choices in kiev when it comes to production, thus, we promise to honor your trust, your time and your business with integrity and professionalism 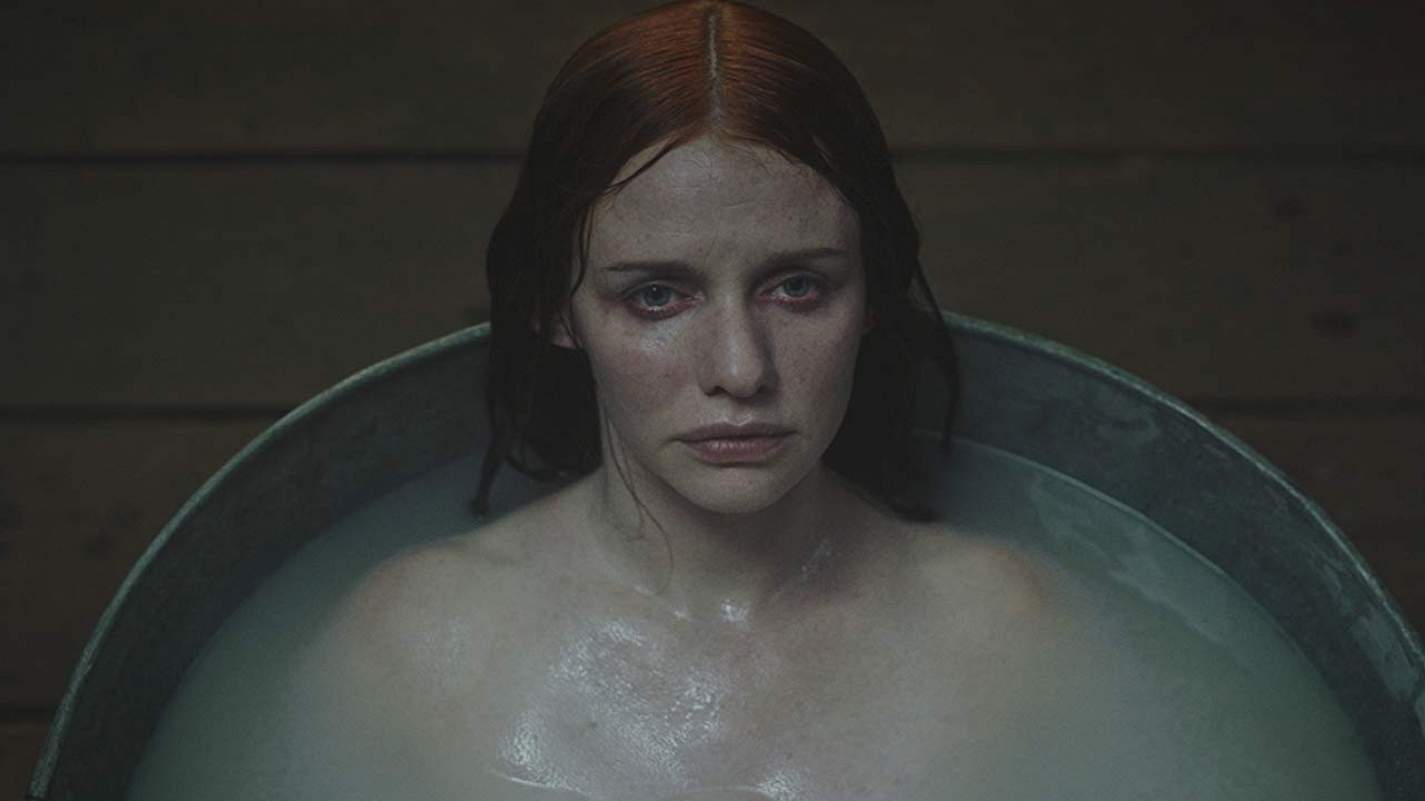 DURING AN OUTBREAK OF A DEADLY PLAGUE, A MYSTICAL WOMAN MUST SAVE HER TIGHT-KNIT JEWISH COMMUNITY FROM FOREIGN INVADERS, BUT THE ENTITY SHE CONJURES TO PROTECT THEM IS A FAR GREATER EVIL. 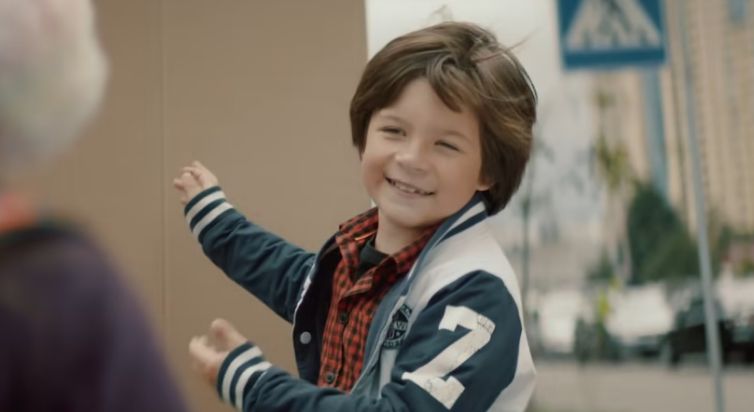 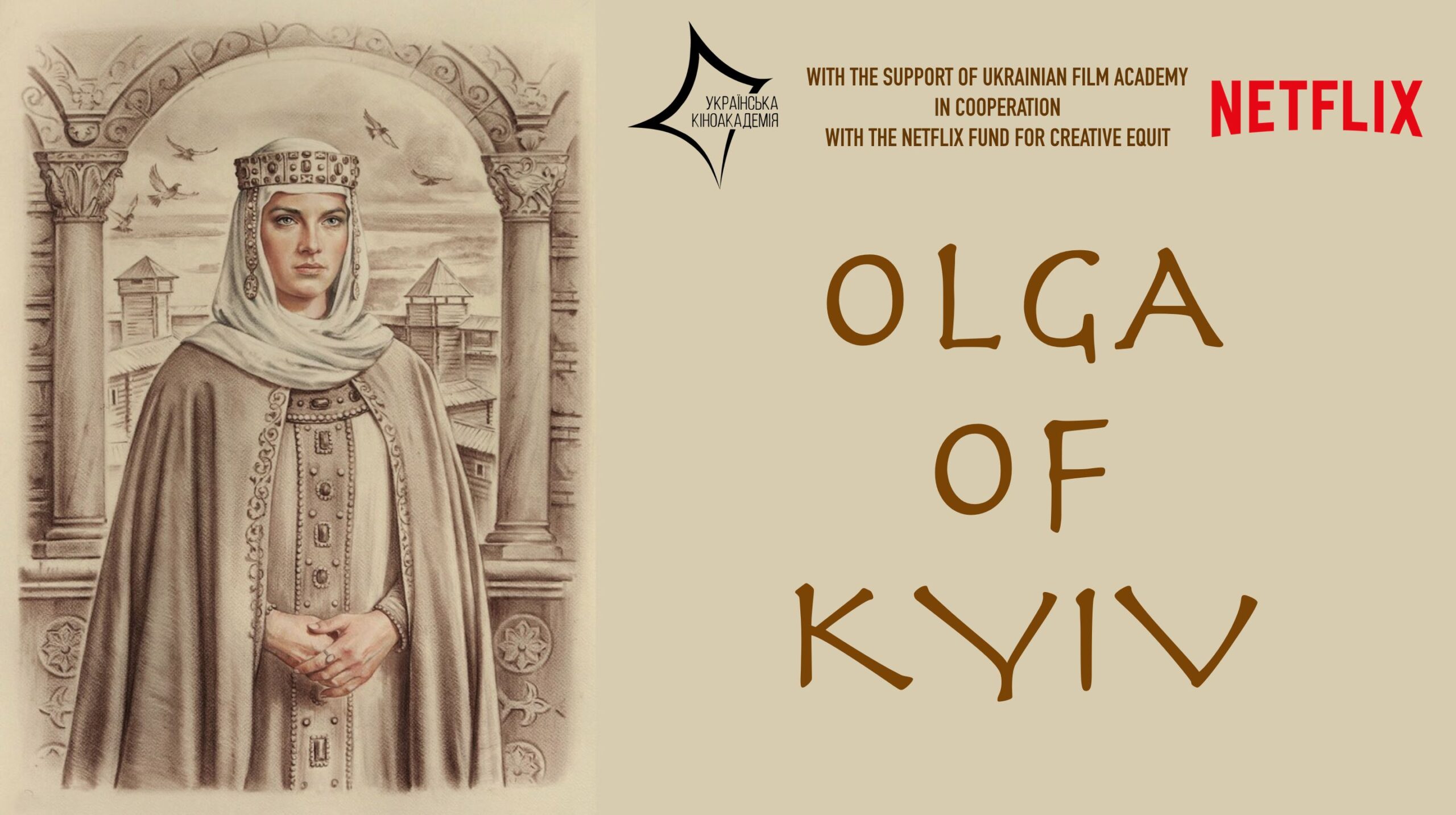 Bulgarian princess Olga, married against her will to the pagan Ingvar, the wild leader of the Kyiv Varangians. To save her life and ensure the future of her children she must win Ingvar’s heart and turn his rogue slavetraiding nest into a prosperous Christian kingdom. However, the Ingvar’s chieftain Sveneld gets in the way of Olga’s plans, who wants to take Ingvar’s place on the throne and in her heart.

The young Bulgarian princess Olga has to marry her beloved — the Byzantine emperor Constantine: the two great powers want to make peace after a series of wars. However, the usurper Roman overthrows Constantine. The father hastily marries Olga to Ingvar, the Varangian king of Kyiv: Bulgaria needs an ally against Byzantium.

Ingvar is a warrior and a pagan, he is only interested in military glory and booty; from this marriage he needs kinship with the Bulgarian king and a dowry. Life in Kyiv is simple and harsh: instead of brilliance and sophistication, Olga is met with indifference and humiliation.

From the first days, she desperately fights for her rights, for the respect of her husband and the love of her subjects. In Kyiv Rus’, Olga frees slaves and builds churches, teaches people literacy and plows fields — she wants to make barbarian Rus’ more beautiful and rich than Byzantium and Bulgaria.

Ingvar, unable to resist her masculine mind and feminine heart, falls in love with her. And Olga, overcoming the chasm between them, reciprocates Ingvar. Together they will build Kyiv Rus’, build the future.

Olga will not be stopped by intrigues, attempts by slave traders, or tricks of pagan magicians. Even the death of Ingvar, treacherously killed, does not stop Olga. She defeats her enemies and creates a great empire — in memory of Ingvar and for the sake of their children.

The last of the great partisans, who located Hitler’s «wonder weapon», returns to the war that took away his feelings and identity, but failed to rob him of his values as a human being.

THE UNBELIEVABLE STORY OF LEONID BERNSHTEIN, A YOUNG JEWISH SOLDIER WHO ROSE TO BECOME THE LEADER AND LED THE OPERATION TO DESTROY THE SECRET FACILITY OF THE NOTORIOUS NAZI V2 BALLISTIC MISSILES.

THE FILM HAS TWO MAIN COMPONENTS – DOCUMENTARY AND FICTION. THE ENCOUNTER BETWEEN THESE TWO GENRES ADDS TO THE FILM A NEW DIMENSION OF AND REALISM, A VERY IMPORTANT FACTOR FOR THE YOUNGER GENERATION THAT IS NOT ACCUSTOMED TO WATCHING HISTORICAL FILMS. WE SEE AN INTERVIEW WITH AN OLD MAN OF 95, BUT THE MOVING AND IMPORTANT PARTS OF IT ARE SHOWN BY NARRATIVE SCENES AND HISTORIC RECONSTRUCTIONS. THE CHARACTERS IN THE PLOT ARE REAL HEROES FROM LEONID’S STORIES: PARTISANS, SOLDIERS AND ORDINARY PEOPLE WHO TOOK PART IN WORLD WAR II. THE LANGUAGES IN THE FILM ARE REAL: RUSSIAN, POLISH, UKRAINIAN, GERMAN. 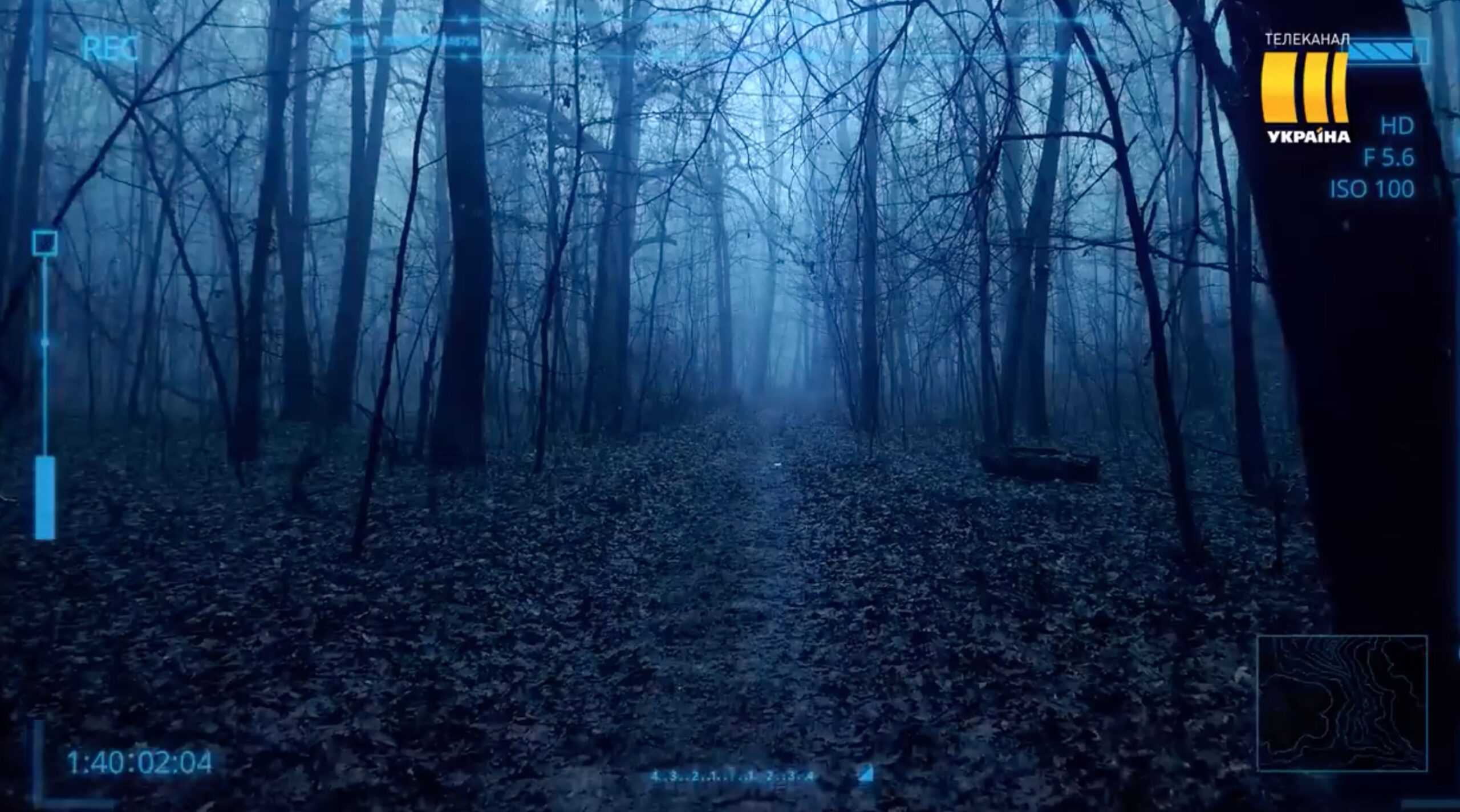 EMPLOYEES OF THE NEWLY CREATED POLICE DEPARTMENT ARE INVESTIGATING CONFUSING CRIMINAL CASES. THEY ARE HELPED IN THIS BY A SPECIAL COMPUTER PROGRAM CALLED EAGLE OWL.INTRIGUE AND UNPREDICTABLE TWISTS FORCE THE HEROES TO FACE NEW CHALLENGES OF FATE EVERY DAY. THE NAMES OF HIGH-RANKING POLICE OFFICIALS ARE INCREASINGLY BEING HEARD IN THE CASES UNDERTAKEN BY FILINS SPECIALISTS. HEAD VALENTYN SMISHKO CANNOT STOP THE WORK OF A SUCCESSFUL DEPARTMENT.THE ONLY WAY OUT IS TO «OVERWHELM» THE DEPARTMENT WITH PARTICULARLY COMPLEX CASES THAT WILL NOT BE REVEALED, AND THE EXPERIMENT WILL BE CURTAILED. THE WHOLE OLD SYSTEM IS UNITED AGAINST THE EAGLE OWL DIVISION.